Bridging the Divide
​
One of Australia’s most strategically important transport corridors is in Port Augusta. This town is the beating heart of Australia’s east-west, north-south freight movements.

The Joy Baluch AM Bridge in Port Augusta – single lane in each direction – is the only direct, all weather link for vehicles traversing the Spencer Gulf.

An estimated 15 million tonnes of freight move through this hub each year and a staggering 9,000 vehicles cross the bridge daily. That is, unless your freight is too bulky, heavy or hazardous to go over the bridge…then you are rerouted around the Yorkeys Crossing, a 27km detour on unsealed road.

‘What’s the big deal?’ I hear you say, ‘only an extra hour or so on a long-haul journey?’ Well, let’s throw in some rain and the Yorkeys is closed for business, essentially preventing the flow of major road freight to the four points of the compass. That is clearly not good for our state!

Now for the next obstacle…The Great Western Bridge in Port Augusta was closed last year, redirecting pedestrian and bike traffic to the Joy Baluch AM Bridge. It’s easy to see why kids on bikes alongside heavy vehicles is not ideal. To overcome this hurdle, speed limits were reduced…but would you want your child crossing over this bridge?

Port Augusta is the hub of South Australia’s mineral rich far north and western regions. The projected growth of the resources sector will inevitably apply more pressure to an already compromised situation.

The bridge is used by every sector in the state – from resources to agriculture, tourism and defence.

The aurora Solar Thermal Power Plant to the north of Port Augusta is expected to require 6,000 twenty-foot shipping containers of construction materials. The Cultana Army Training Area has almost doubled in size in recent years, with military traffic associated with this expansion expected to grow as national defence is prioritised.

Following a period of lobbying, the South Australian Chamber of Mines and Energy (SACOME) was thrilled that the importance of the duplication was recognised by the state government – the Planning, Transport & Infrastructure Minister announced a commitment of $40 million to a co-funded Commonwealth project, which was immediately supported by the opposition who also made a commitment to the co funding of this important corridor.

But, we are not there yet. The total cost of the duplication is expected to be $200 million and in accordance with the usual 20-80 split of funding for National Highway projects, we are 80% short of change to progress it.

The next step will be the development of a solid, costed business case; but the clock is ticking, and this critical infrastructure bottleneck needs to progress quickly to ensure the prosperity of our state is not jeopardised. 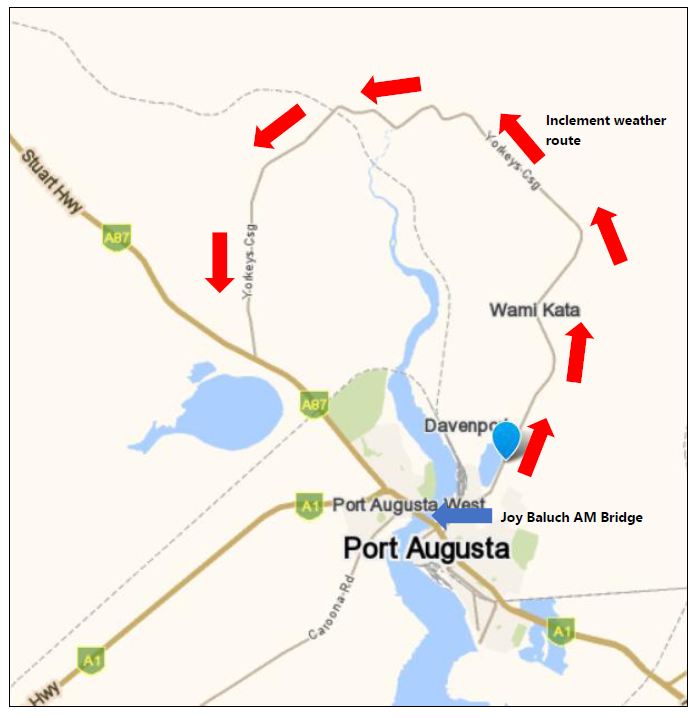