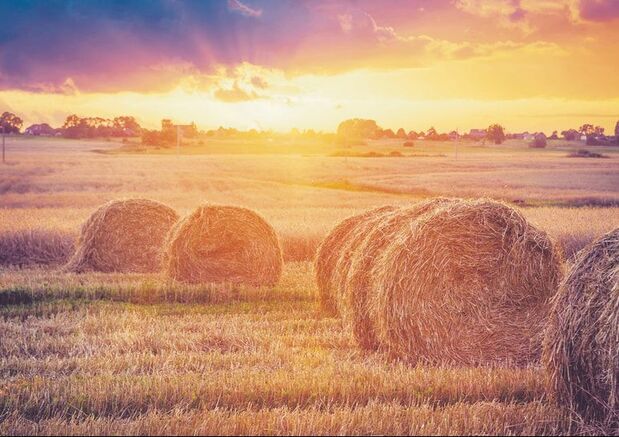 Land access continues to be a politically charged issue in South Australia, with fractious public debate being a feature of the last four years.

The South Australian Chamber of Mines & Energy (SACOME) is concerned that the stable frameworks relied upon by our sector could be dismantled for political convenience following the State Election.

Over successive electoral terms, calls for moratoria have been used as populist tools, often by Independent candidates seeking to shore up local support.

While the local politics are straightforward, the implications for the resources sector and the State are considerably more complicated.

A political culture has emerged in South Australia where major parties are prepared to trade the Crown’s sovereignty over mineral rights – held on behalf of the community - for the support of Independents as a bargaining chip for securing a Parliamentary majority.

While this achieves the immediate objective of forming government, it threatens to undermine the stable regulatory frameworks which the resources sector relies upon as the basis for investment and operational decision making.

Given the long-established legal principle of Crown sovereignty over mineral rights, regulation of land access as it relates to resources and agricultural sectors seeks to balance legitimate, competing interests in land.

The principle of Crown ownership of mineral and petroleum rights is reflected in South Australia’s mining and petroleum legislation, which provides the Minister with power to allocate rights for exploration and development of these resources to tenement holders.

In exchange, tenement holders return royalties generated from these resources to the State, in addition to providing other economic benefits through their operations including employment, taxes, and the purchase of goods and services.

Compensation to landholders is at the core of this approach, backed by approvals processes grounded in community consultation and environmental responsibility; and processes for
stakeholder engagement mandated by law, supported by policy and reinforced by industry codes of conduct.

SACOME acknowledges that some landholders believe that access by resources companies should not be permitted under any circumstances. This has been a key feature of debate around the Mining Act review process, with some landowners and their representatives calling for a landholder right to veto.

These calls are often grounded in negative experiences with resources sector companies and SACOME accords that landholder experience due respect.

Such occurrences are unacceptable.

It does not logically follow, however, that governments should regulate based on the actions of the very worst performers, or that resources sector activities are illegitimate on this basis.

SACOME believes that stringent approval processes, compliance and penalty measures are the appropriate means of addressing recalcitrance alongside denying an operator with
poor credentials the ability to undertake activity in South Australia.

A right to veto, a declaration of moratoria or a special exempt area brings with it legitimate concerns about sovereign risk and undermines the perception of South Australia as a jurisdiction in which investment can be made with certainty.

The South Australian Mining Act went through a process of major amendment between 2017 and 2021. The process was commenced by Labor under the Weatherill Government and completed by the Liberal Party under the Marshall Government.

The process was exhaustive, amounting to hundreds of hours of engagement by SACOME and its members and resulting in significant, industry-supported changes to the Mining Act and Regulations.

Importantly, the amended Act afforded landholders a range of increased protections including:
In total, 43 provisions were added to the Mining Act to address landholder concerns.

Labor subsequently supported amendments to the Mining Act, giving their bipartisan support to its passage but only after they had inflicted maximum political embarrassment on the Marshall Government.

The Select Committee Inquiry on Land Access was established in March 2021, approximately one month after the Mining Act amendment process was finalised.

While the remit of the Select Committee was to identify ways to better balance land access frameworks in South Australia, it largely dismissed the work of the Mining Act amendment process in this regard, and its recommendations broadly reflect the positions held by staunch anti-mining stakeholder groups.

SACOME indicated its support for pursuit of best practice frameworks, stating that it hoped a key outcome of the Select Committee Inquiry would be confirmation that South Australia has land access frameworks that are consistent with leading practice in other jurisdictions.

The Select Committee Inquiry’s recommendations (as set out in its Final Report) include sweeping changes to South Australian planning laws that would effectively operate as proxy moratoria; see further increases to compensation payments independent of any economic rationale; further increase the notice of entry period from 42 to 90 days; and remove of oversight and enforcement functions from the Department for Energy & Mining to a Mining Ombudsman.

At face value they appear as reasonable measures, however, when properly considered, they have potential to drastically alter the way exploration and mining is regulated in South Australia.

At best, they would make exploration in South Australia vastly more expensive compared to other parts of the country and at worst they would damage investment attractiveness and the perception of South Australia as a stable jurisdiction in which to operate.

Rather than balancing the interests of mining and agriculture, the Select Committee recommendations largely reflect the anti-mining positions of groups on the Yorke and Eyre Peninsulas and views held by some parts of the agricultural sector lobby.

In some cases, the Select Committee has relied heavily on anecdotal evidence from a narrow subset of stakeholders to inform its recommendations.

In doing so It has given little consideration to the veracity of this evidence, nor to how its recommendations would impact the economics of exploration and mining in South Australia.

In contrast to the four-year Mining Act review process which was carefully managed by departmental experts and involved consideration and balancing of detailed submissions from a broad range of stakeholders, the Select Committee Inquiry proceeded from the assumption that, consistent with fractious political debate surrounding amendment of the Mining Act, the State’s land access frameworks were flawed.

The Select Committee’s greatest hubris was in thinking that a handful of dissident MPs with no particular expertise in mining, mining law or public policy development were best placed to fix them.

The Labor Party in supporting the Select Committee Inquiry saw an opportunity to further embarrass the Marshall Government and lay a path to forming minority government at the 2022 State Election.

This leaves the South Australian resources sector in a precarious position where the laws that govern one of the most significant economic sectors in the State could be overturned, or a moratorium over an entire region could be implemented on the basis of simple political self-interest.

That the stability of one of the State’s major economic sectors should be traded away in such a cavalier fashion and without the rigorous process that should accompany major changes to the law is a worrying signal to anyone looking to invest in South Australia.

Consistent with its submission to the Select Committee Inquiry, SACOME believes that the recently amended Mining Act must be given sufficient time to operate before any further changes to the regulatory framework can be justified.

SACOME also reiterates its Pre-Election call for continued, bipartisan rejection of a landholder right to veto and for no new moratoria to be introduced in South Australia.