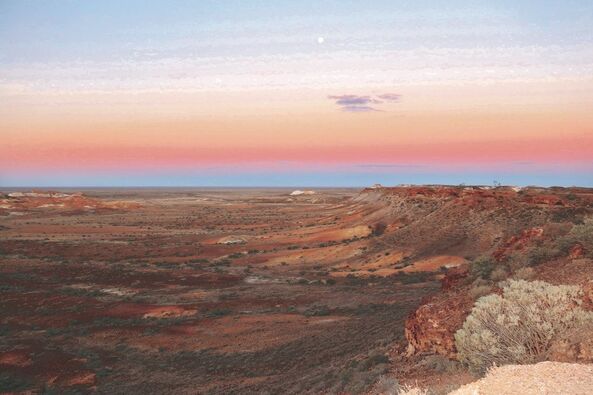 The emphasis was on State-building and to find ways for industry to generate new growth.

It was pitched by SACOME to government as a means of removing a long-standing roadblock to the State’s economic development through construction of a new desalination plant and delivery of sustainable water to the Gawler Craton.

It is enormously encouraging that SACOME’s dogged advocacy for strategic economic development initiatives that resolve impediments to the State’s growth resulted in the Northern Water Project being widely embraced by the South Australian Government.

Business case development was initiated in 2020, and scoping work was undertaken to understand the costs and engineering requirements for the project.

Through the efforts of Infrastructure SA, the project was listed on the Infrastructure Australia priority list in early 2021, giving it national prominence but necessitating further business case development.

The Gawler Craton holds two-thirds of Australia’s copper reserve, a 440,000-kilometre expanse of desert where most of the known ore deposits sit a kilometre below the Earth’s surface.

The Great Artesian Basin and a scattering of smaller aquifers presently supply water to operations in the region.

The South Australian Government’s Copper Strategy, which recognises this opportunity, aims to produce one million tonnes of copper per annum by 2030.

The Northern Water Project is one that matches the scale of this ambition.

It seeks to resolve a long-standing roadblock to resources sector development while also looking to enable broader cross-sectoral and regional growth. A water solution can better meet the needs of the defence and space sectors at Woomera, and it can provide an essential input to green steel production and green hydrogen projects in the Upper Spencer Gulf.

Port Pirie, Whyalla and Port Augusta could reduce their reliance on the River Murray, with greater supply helping to support improved amenity and population growth in the Iron Triangle.

The Northern Water Project is nation-building in scope, but it will take time and concerted effort to bring to fruition.

As an immediate next step, business case development must be funded and finalised as a priority, recognising that it underpins discussions to progress the project between the State and Commonwealth Governments, financial institutions and mining companies

The Northern Water Project is a truly transformational opportunity for South Australia.

Ahead of the 2022 State Election, SACOME calls for bipartisan support to maintain the momentum built up over the last two years so that the vast wealth of our regions can be realised.