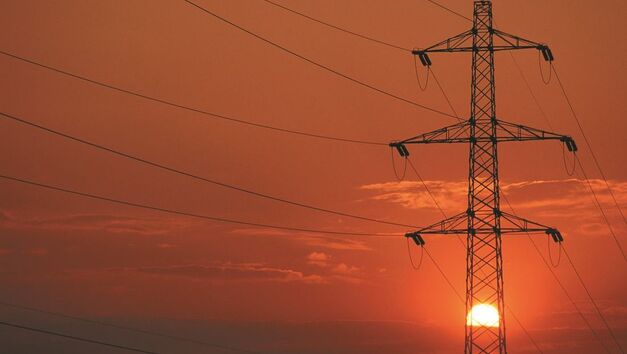 Energy Transition Roadmap must be an Election Priority

The South Australian Chamber of Mines & Energy (SACOME), has calculated that between 2018 and 2021, industry has incurred over $1 billion in energy market intervention and transition costs.

South Australia is in the midst of an energy transition process – one without any international precedent.

Energy policy decisions made by the South Australian Government in the early 2000s saw the adoption of deliberately ambitious state-based renewable energy targets, the development of commercial scale solar and wind projects and the mass deployment of rooftop solar photovoltaic generation (solar PV).

While State Government renewable energy targets were resoundingly achieved, it also resulted in rapid structural changes to the State’s electricity system, including the early retirement of thermal power generators and historic increases in wholesale energy prices to among the highest in the developed world.

Fast-forwarding to 2022 and a state target of 100% renewable generation by 2030, policy makers are grappling with the urgent challenge of re-engineering the State’s energy system to accommodate the mass influx of renewables while maintaining system security, reliability and affordability.

For the most part, domestic users have been insulated from the worst costs associated with the energy transition.

For commercial and industrial customers, the costs have been significant.

While the significant reduction in the wholesale electricity price must be acknowledged – falling from $122 in 2019 to $64 in 2021 – for sixteen of the last eighteen years, wholesale power prices in South Australia were consistently the highest or second highest in the country.

SACOME recognises that managing the energy transition process is exceptionally difficult, however, industry continues to bear the cost of successive government’s energy policies.

The narrative around the energy transition process must expand beyond politically convenient metrics if its true cost is to be understood.

The Energy Policy Institute of Australia makes the salient point that it is not enough to rely on short-term levelised costs or energy cost estimates that ignore systems-wide implications and future development requirements.

These include grid-level costs, such as the costs of wires and poles and buffering, system level costs, including balancing and back up, land use costs, costs to industry, waste disposal costs and larger impacts on the economy as a whole.

SACOME shares this view, arguing that coordinated policy outcomes are needed to ensure that the operational impacts for industrial operators are factored into policy development and the commerciality of South Australia’s major economic sectors are to be maintained.

As a key 2022 Pre-Election priority, SACOME has called for the establishment of an Energy Advisory Board with representation from industry, government and regulatory bodies for the purpose of developing a South Australian Energy Transition Roadmap that considers the impact of energy policy across the whole of the South Australian Economy.

Recognising that industrial operators hold shared economic and decarbonisation objectives with the South Australian Government, the Energy transition Roadmap should examine and incorporate pathways for a full suite of energy measures that progress this outcome including nuclear, hydrogen and carbon capture and storage.

SACOME is conscious that Project EnergyConnect – the interconnector between South Australia and New South Wales – is intended to resolve many of the system stability issues that have resulted in market intervention charges for industrial users.

The completion date of this project was recently extended to July 2025, meaning at least another three years of intervention costs for industry, accompanied by any additional costs associated with reengineering our electricity grid.

Alongside this, the resources sector has been identified as one of the key economic sectors with the ability to help meet the State Government’s economic growth objectives. This continues to be complicated by the dissonance between energy policy and economic growth policy in South Australia.

Industry cannot afford to bear an additional $1 billion in pass through costs between now and July 2025.

SACOME considers that the Energy Advisory Board and the Energy Transition Roadmap will provide a ‘policy bridge’ across this period that better considers the impacts of the energy transition process on South Australian industry and makes the associated costs more equitable.

SACOME and its member companies remain committed to working with the South Australian Government and other key stakeholders in developing energy policy measures that allow industrial operators to contribute to economic growth and undertake the critical task of decarbonisation.

SACOME has prepared a policy white paper setting out detailed analysis of the energy transition process from 2002 to 2022 and its impacts on the South Australian resources sector.
View SACOME's Pre-Election Priorities media release on Energy Transition.