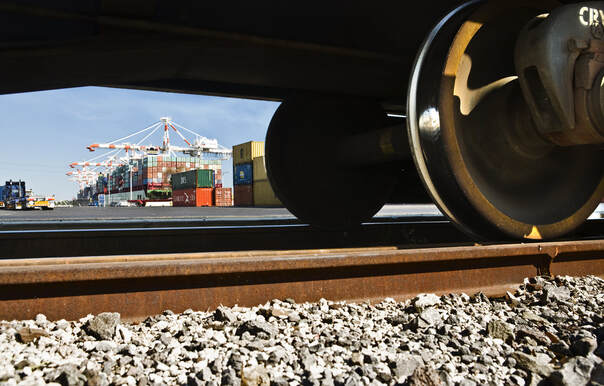 ​South Australia has enormous resources wealth but without a path to market, this economic potential remains unrealised.

Infrastructure is one the greatest challenges in opening up regional and remote South Australia to economic activity.

The high cost and complexity of establishing enabling infrastructure for mining and energy investment, particularly in remote areas, operates as a major constraint to achieving the State’s targeted growth rate.

The nature and location of our resources provinces – with their deep cover and remoteness - results in South Australia often having higher project costs with poorer financial returns, making it difficult to justify investment decisions.

​Electricity, water, roads, rail and communications infrastructure each have their own regulatory requirements.

Building infrastructure means securing these regulatory approvals and land access agreements for the pathways along which this infrastructure is to be constructed.

This occurs for every new project meaning the process must be repeated every time and often creating a ‘first mover disadvantage’ whereby the first company to make a major investment has also provided opportunity for competitors to ride on their coat tails.

South Australia has encouraged joint user infrastructure in the past, however, this has not proved effective as it means sensitive commercial considerations are opened up to competitors, again acting as a disincentive.

It can smooth a path users can individually travel and give local projects a significant head start.

Since early 2020 SACOME has called for development of an ‘Economic Heatmap’ that consolidates the value of South Australia’s resources provinces to enable the identification of regions of priority economic development.

SACOME asked the question ‘where is the biggest bang for the investment buck’?

This may be the Gawler Craton. The Braemar Province. The Otway Basin.

Importantly, an economic heatmap allows for the charting of multi-use infrastructure corridors leading to the heart of these zones and for all the approvals necessary for infrastructure development to be pre-emptively undertaken.

These pre-approvals, negotiated by the State Government, could strip years off the delivery of any future resource project.

SACOME is not suggesting a return to public infrastructure.  The State Government need not build new pipelines, new electricity grids or roads. The State Government can create permitted corridors where the private sector knows it can go with a regulatory roadmap already in hand.

This would remove critical hurdles.

It would reduce costs.

It would accelerate project completion.

It would give South Australia an investment attraction edge.

Such corridors won’t only attract resource investors with the idea of getting a quicker return on their capital. Investors may also be enticed by the idea of building the infrastructure - and charging industry players for access.

Individual projects would only have to connect to a shared corridor. This represents a massively reduced regulatory, time and cost burden.

SACOME recognises such corridors entail a lot of work.

But the advantage of tackling those once - instead of over and over again - is unmistakable.

The Department for Infrastructure and Transport (DIT) secured funding for preliminary scoping and business case development in the 2021-22 State Budget, with this work progressing at pace.

SACOME calls for all political parties to recognise the value of this work and commit to its completion.

Infrastructure corridors can provide a powerful incentive to invest in South Australia and give the State a competitive advantage in the contest for global capital.