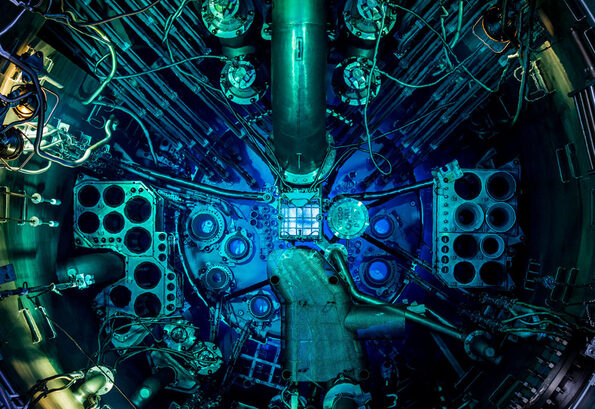 There is renewed global interest in nuclear on the back of a race to decarbonise economies.

China has announced 150 reactors by 2035.  France is back in the game.  India, Saudi Arabia and the United Arab Emirates have announced or commenced build programs; Japan is in the process of reopening its nuclear power stations. Britain has committed to 16 modern Small Modular Reactors (SMRs).

The global demand for uranium is not abating because the world knows that it’s an important energy source in decarbonising our future.

Despite the potential benefits, Australia is the only G20 nation with a legislative prohibition on nuclear. This remains a major impediment to development of a local nuclear industry.

Australia is at risk of coming last in the decarbonisation race because it cannot be achieved
with renewables alone and hydrogen is more years away from commercialisation.

Many would say, we don’t have the luxury of time.

In 2021, a True North poll revealed 63% of South Australians support nuclear power and increasingly there is a call for an informed public debate.  Our youth are certainly calling for it.  They can’t quite understand why we are shunning a low carbon energy source which would put us on a course of rapid decarbonisation.

Without political support Federal and State laws prohibiting nuclear power and uranium processing cannot be altered and modern technologies like SMRs will continue to be excluded
​as an energy option.

In South Australia we are home to the world’s largest known single deposit of uranium at Olympic Dam.  We also have considerable uranium and nuclear expertise in the State.

The price of uranium is now 80 per cent higher than it was 24 months ago.  With its political and economic stability, Australia is poised to capitalise on this growing demand for uranium (AFR, 2022).  But like iron ore, the focus is on shipping raw product rather than on value adding.  For politicians, export is an easier conversation than value add.

The energy benefits of uranium can’t be ignored.

20 grams of nuclear fuel will produce 5,000KwH of energy that will power an average Australian home for an entire year. In comparison, 2 tonnes of coal is needed to produce the same electricity output, while emitting carbon dioxide, arsenic, mercury, lead, sulphur dioxide and nitrogen oxides which settle in the atmosphere and never lose their potency.

Opponents will argue that nuclear power stations are too costly and too time consuming to build.  This is an argument deeply rooted in the construction of large-scale reactors and needs to be revisited in the context of small modular reactors.

The enormous, expensive cathedrals of energy have gone the way of the T-Model Ford.  Modern reactors harness technology equivalent to a Tesla.  Today’s micro reactors are powering submarines and aircraft carriers.  They are nimble and support wind, solar, hydrogen and gas.

A local nuclear industry presents enormous untapped economic opportunities for our state, leading to highly skilled and highly paid jobs and greater economic prosperity for all to enjoy.

We cannot continue to exclude nuclear as an option given changes in global energy supply, the benefits, our State’s natural advantages and the need for a cleaner future. It is time for our politicians to step out of their comfort zone and discuss a future opportunity on our doorstep.

With the Commonwealth Government’s announcement of the AUKUS trilateral security partnership and its decision to acquire nuclear-powered submarine technology, South Australia is in the perfect position to lead a national conversation about modern nuclear options and get us back in the race.